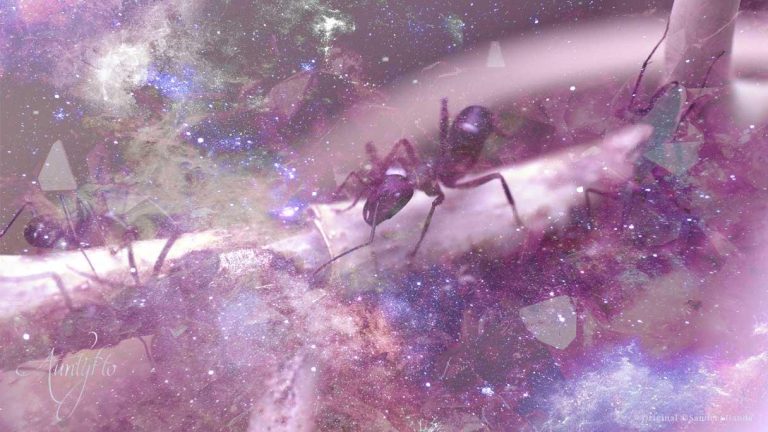 Ant symbolism and its meaning

Far-eastern symbolisms and interpretations of ants

Ant is a dynamic, hardworking spirit and totem animal that can help you prepare for a journey ahead. Ant teaches the wisdom of working together to get things done efficiently! Delve deep into ant symbolism and meaning by reading this article now!

Ant symbolism and its meaning

Ants are one of the most common creatures on our planet. Their power is incredible considering their size; with a little bit of exercise, you could do anything!

Ants are always on the move, and they do it with their ears open. Ant Spirit is a trailblazer because he has taught us to keep our instincts sharp by following his example of looking for an aromatic trail that can guide him home!

Ants are often seen as a sign of good luck. In the Philippines, Ants coming into the house bring prosperity with their arrival, and in India, treating an ant is like being kind to your future self, which will yield great rewards down the line!

The following superstitions about Ants have been popular in the United States. If an ant bites you, there is a disagreement coming up, and if ants nest near your home, people will gossip about you. Those running away from you are good luck because they mean sunshine but those moving east to west represent bad weather while going opposite directions portends rain.

If you see red ants crossing your path, it is a sign of danger. Suppose they are moving in rows under the doorstep to find out if lies are going on behind closed doors. Be careful when stepping an ant because this can be terrible luck and lead to all sorts of sorrowful events.

Ant Spirit is the energy of patience. There are many moments when we need to slow down and take our time to be successful, but Ant Spirit also encourages self-confidence and teamwork.

Encountering Ant Spirit may mean you need to work together with others for your team or group to be successful. Be it friends, family members, peers, etc., the key here is that each person brings a different ingredient that makes up this puzzle.

In some instances, the Ant Spirit Animal speaks of a life-changing opportunity. It may seem overwhelming at first, but it will bring good fortune in the end and generally has something to do with community efforts. Keep this chance balanced between your home life and watch what wonders come from keeping up with both spheres!

Those with an Ant Totem are great planners. They can take the chaos of any situation and remain focused while they help guide others to a brighter future. Those born under this totem will do well in social situations as friends and friendly groups give them strength mentally, physically, emotionally, spiritually - you name it!

It is not surprising that many people would seek out those with an Ant Totem for guidance for their wisdom and kindness.

The Ant Totem has a fighting spirit. You are not one to stand on the sidelines of life, but you don’t just jump into confrontations without factual information either. You always weigh both sides before trying to fix them and never give up - this is one of your excellent qualities!

Ant Spirit’s patience is endless. She knows how to aim at the future one step at a time, and you feel no need for haste or excitement when in her company. Building dreams takes planning; building them well requires persistence and attention to detail. Ant shares some of Elk’s endurance and Badger’s aggression, but it would be wrong not to mention that she also has an exciting side like Mouse - seeing everything from all angles before deciding what needs fixing first!

Ants are social insects, and Aunt Medicine is never separate from society. It was the feeling of being part of a collective that sustained Ant with great joy and energy. She knew that the Universe would provide for her needs in time, but she also understood how vital providence was not just to herself but all our relations as well.

Ant Spirit can guide you through a smooth path to reaching your goal and is the perfect Power Animal for those times when you need community support. It’s also good at guiding people who are facing new opportunities, as Ant always says YES!

When you are feeling lost and disconnected from your life, the power of Ant can help guide you back home. This animal spirit will protect your dreams as they manifest into reality in front of us all!

Seek out Ant Spirit when you need help in overcoming obstacles, particularly at work. Often we are talking to the wrong person or taking the wrong route, and all of a sudden, an ant appears with just what is needed!

Ants are cooperative, hardworking animals that provide humans with many helpful services. Native Americans view Ant as a Spirit who spreads soil and teaches patience to all those around him. Shamans say ants can predict earthquakes by telling us when the earth is shaking; they also teach good morals like being patient and trusting in your heart for everything you need will come eventually! The Pima have two clans named after Ant: Red Ant Clan and White ant clan, while Cherokees dance ceremoniously during an annual festival called “Ant.”

Native Americans believe Ant Medicine is all about slowing down. The more we hurry, the more we miss. Working with Native American tribes cooperatively and serenity in our pockets help put us back into balance with Nature’s flow and will be a part of what helps restore sustainability to Earth Mother.

The Hopi people, who have had a long history of survival through the changing tide of life and Nature, believe that their ancestors were guided to safety by an underground society called Ant People. They taught them how to store food in preparation for future disasters and create Kiva community prayer spaces, which translates into Ki meaning “ant” and Va meaning “dwelling.”

Folk tales are a way for people to tell stories about their lives. Each level has something in common with the character of that particular tale and often illustrates some lesson or moral attached to it, as seen by Aesop’s Fable “The Ant and The Grasshopper.”

The Ants are preparing for winter, and a hungry Grasshopper comes along. The ants tell him that he should have worked during the summer not to be wanting now. They also say to keep singing while taking care of their provisions - but there is an opportunity here to do something kind: in this case, it’s feeding the grasshopper or sheltering them until spring which goes unrealized because what happens if someone else does?

When the Spanish arrived in the Philippines, natives trusted Pagan Gods and believed they had physical living spaces. From time to time, a God would surface as a mound on the ground (anthill). They feared even looking at these mounds for fear of angering them until one day when an Ant Queen appeared as such from beneath their feet. The people were horrified by this new sight but then came to realize that ants have many good qualities: diligent workers who are clean about themselves; never violent or self-destructive like humans - only aggressive if threatened; altruistic within limits so long as it doesn’t go against what is best for its kin group, etc… With all this said, some think there isn’t much difference between being under.

The old story of the “Gold Mining Ants” is an Assyrian tale about a Groundhog that lives in the desert and how it came to be called Gold. The word for groundhog means mountain ant, but because Herodotus didn’t know this when he wrote his account, many people have been fooled into thinking these ants were real-life gold miners.

Ants represent the small things that make your day difficult. When they appear in your dreams, look for what is bugging you and determine where it comes from.

Ants are often seen as powerless and alone, with many different interpretations of the meaning. Seeing one in your dream may symbolize that you feel this way—the only thing for sure is to be mindful during any accidents! Flying Ants represent freedom while laying eggs might signify fertility.”

Ant symbolism varies from seeing them as powerless or representing a sense of isolation. Many people also see ants flying high like they’re free spirits, which can relate to wanting more autonomy in life; it’s up to you whether an ant infestation represents fertility or not.

Ants have been a popular motif in dreams since ancient times. They are often interpreted as something to do with our behavior and, given their many different types of form, can represent various messages about where we need improvement or how assertive we should be at any point in life.

Far-eastern symbolisms and interpretations of ants

The Chinese see Ants as virtuous creatures who dutifully serve the country. They are patriotic and tireless in their efforts,and sounds like the word for virtue in China’s native language of Mandarin.