What does it mean to dream about bridges 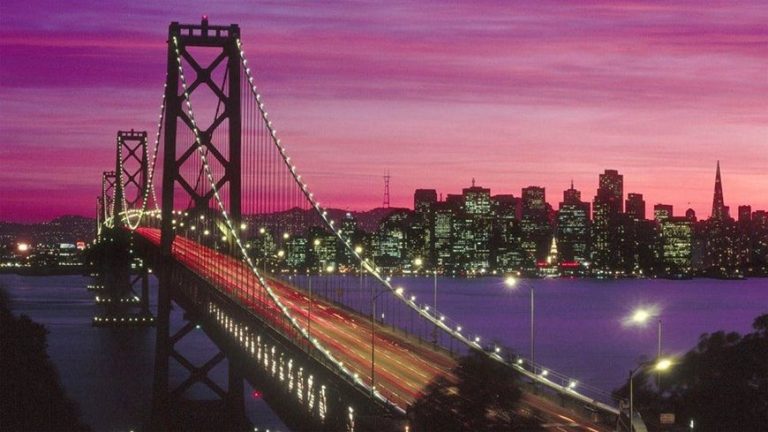 Dreams about seeing a bridge

Dreams about a broken bridge

Dreams about standing on a bridge

Dream of crossing the bridge

Bridges are mystical and enchanting places. They come in so many different architectural marvels, incredible and decorative, and sometimes even it is so minimalistic yet so capturing.

In a symbolic sense, bridges are pretty powerful. A bridge is a dualistic symbol representing both gatherings and farewells, gluing together and dividing things. Bridges are also a metaphor to be found in art, literature; they are also a universal symbol of crossing over, taken in every possible way.

These human-made structures have always veiled a cover of mystery and romantic gestures.

Bridges are an ordinary stature in religion and mythology. They are undoubtedly present in every possible symbolism concept and a system of belief.

In the most analogical sense, bridges represent mysterious links between human souls alone, connections between dimensions, transition roads of human souls, emotions, and so on.

It is never said in vain that certain times, situations, and hurdles in life are to be “brigded,” meaning crossed over or resolved.

In addition to crossing over, bridges represent the idea of opening new roads, moving ahead in life, and finding new horizons how the bridge is imagined, described, or even defined. For example, a piece of art or literature, even dreams for that matter, is a clear reflection of people’s feelings in the most unobvious and metaphorical way.

For example, if a bridge is solid and firm, it means incredibly strong bonds and relationships and vice versa; if it is fragile, the bridge tries to show that our foundation is weak.

The metaphor is ruining and breaking of a bridge is quite common in various areas of many cultures.

We equate this phenomenon with breaking bonds, with the concept of an ending, both negative and affirmative ones. The most explicit metaphor is you crossing the bridge, and it breaks down. It means that there is no way for you to turn back.

It usually represents the ending of a life chapter, old beliefs, habits, and just making a new start. It is easy to assume that dreams about bridges carry a special message.

Dreams about seeing a bridge

You are unwilling to let go of specific behaviors, habits, actions, or even people. You know it could be good for you, but you hate the feeling of surprise or even uncertainty that comes along with it. Such a dream could reflect on your conscious thoughts, or it could be a hint from your consciousness.

Dreams in which you see a bridge or more suggest there are so many opportunities in life, and you finally start to open new paths towards possible excellence.

However, you are confused about what to do. You do not feel confident enough to decide, at least for now.

Which bridge should you use? is it stable enough? Can I trust it? How will it be on the other side?

You need to ask yourself questions when in the dream, as they reflect in your inner conflict. Such plans are neutral, thus making it better to find your answers.

Dreams about a broken bridge

If the dream is about a broken bridge, no matter if you have just come to it or have already crossed it, it represents things that cannot be overturned.

These can be things that you did in the past, but you somehow get into regret and wish you could’ve made another choice, something that could’ve made things better than what they are now.

Think about your current dilemma(if there is any). Is there anything you can do to put an end to it? Or you somehow keep putting yourself in a loop of self-regret?.

Dreams about broken bridges could be an explanation and a good direction for solving problems in your awake life.

Dreams about standing on a bridge

Dreams about standing on a bridge are similar to which you see a bridge.

It means you have decided to change something in your awake life and change your lifestyle, but you are somewhere deep down insecure about the decision.

You are afraid of failing, so you hesitate to finish your journey across the bridge. You are fearful of what might be waiting for you on the other end.

Depending on the part of the bridge you stand on, a dream could be as you current sta ding point in your real-life situations or even your spiritual awakening.

Dream of crossing the bridge

Dreams about crossing the bridge strongly suggest some substantial changes that are headed your way, and you should let go of your past experiences and finally start something new.

Your genuine willingness to embrace a new phase of life your emotions and behaviors in the dream will determine how you are crossing the bridge.

If you walk fast, determine to cross it over, you are ready to grab new opportunities; if you walk slow, turning back, but you still cross it, you will accept the things that will happen but will take more suspicion and caution.