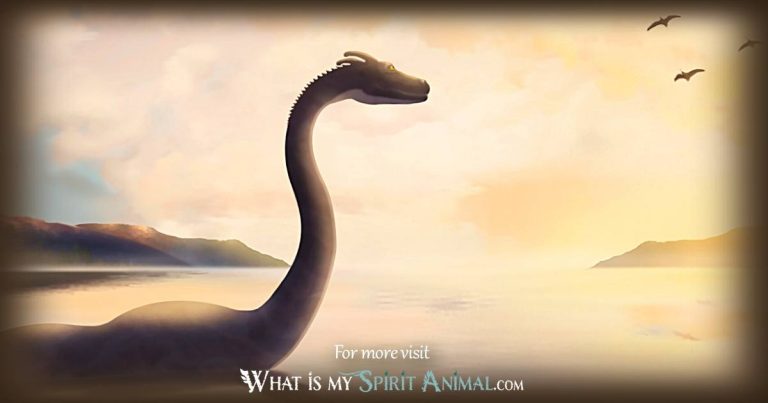 Lake Monsters pique our interest. Thousands of eyewitness claims from around the world claim to have seen monsters emerge from the depths of lakes. Regardless of region, serpentine-like monsters with identical traits and behavior are described in such tales. However, for many others, their existence is still in doubt.

Nessie, sometimes known as Niseag, is one of the most well-known water-dwelling cryptids. According to sightings, the beast inhabits Loch Ness (Loch, meaning “lake”), the largest lake in the British Isles by volume. The river is 22 miles long and 750 feet deep, with a width of a mile.

Because of the lake’s enormous size, proving Nessie’s presence is problematic. The loch’s freshwaters are turned black by peat from the Scottish hills washing into it. The size of the lake and the color of the water provide plenty of hiding places for Nessie, making for an expansive search area. The sun only reaches nine to ten feet down into the ocean before it becomes too dark to see anything other than what is directly in front of you. Nessie symbolizes the unknown, unseen, secrets, and elusive because of its habitat’s dark waters.

There are thousands of reports of Nessie, many of which are far too extensive for this story, with the first dating back to 565 BCE. A massive body and a long, wavy, elephant-trunk-shaped neck distinguish the Lake Monster. The creature’s size has been estimated to be between 10 and 25 feet long, or even longer, making Nessie a symbol of the extravagant, spectacular, imposing, and extraordinary.

Some people believe Nessie resembles an extinct Plesiosaur. Skeptics believe that what people see are real-life animals such as the Greenland shark, eels, otters, birds, and even a massive serpent. A study of many water samples from Loch Ness was done to identify whether DNA was present in the lake’s waters. The DNA of European Eel (Anguilla Anguilla) is found in abundance in the lake. Eel DNA has been found in every water sample analyzed, leading researchers to believe Nessie is a massive eel.

Witnesses commonly confuse artifacts floating in the water or actual creatures with fabled species like Champ, Nessie, and Ogopogo, as well as other Lake Monster occurrences. According to skeptics, many sightings are merely logs floating on the water’s surface or waves, creating a mirage of spectators’ mistake for a serpentine creature moving across the lake. Lake Monster sightings are used to represent self-deception, denial, incorrect perception, and biases.

Even though Champ and Ogopogo sightings have occurred in different parts of the world, there are similarities in the hypotheses about what the monsters may or may not be. The monsters represent secrecy, shapeshifting, trickster-like actions, and change because witnesses confuse real-world happenings and animals with the look of a Lake Monster.

Despite the passing of hundreds of years, sightings of Lake Monsters continue to occur every year. Nearby regions use marketing initiatives to capitalize on public interest, which is valuable for the tourism business. Lake Monsters represent fame, the timeless and enduring, and the power of attraction in this context.

Nessie and other Lake Monsters appear as Spirit Animals when past emotions from your subconscious surface and take control of your current activities. When Nessie emerges, it’s time to pull feelings out of the shadows and examine them thoroughly. You’ll be able to let go of emotional baggage and heal deep wounds by doing so.

When Nessie appears as a Spirit Animal, it is to assist you in navigating unfamiliar conditions. If you are lost or in a problematic relationship, Nessie’s ability to swim through dark waters can help you make your way through the unknown. Nessie’s Medicine includes disclosing what is been hidden if you’ve been unwilling to embrace the truth.

You have a strong affinity for water if a Lake Monster is your Totem Animal. Because these species are rarely, if ever, encountered in groups, you prefer being alone. The greatest safety is found in seclusion.

If your Totem is Nessie, Ogopogo, or Champ, you’re a shapeshifter with a constantly changing sense of style. You will change something about your exterior environment if you don’t modify what you wear or the cosmetics you apply. You enjoy the element of surprise.

People who have Lake Monster Totems are shady. If someone confides in you, you will never share it with anybody else. You’re prone to emotional escape and love the sense of security that fantasy provides.

When you want to discover the variables driving a situation or need honesty in a relationship, call on Nessie, Champ, or Ogopogo. Nessie’s affinity for deep waters makes her the ideal Power Animal for delving beneath the surface of a situation or penetrating behind a person’s mask.

Lake Monsters are all masters of concealment. There are only a few images, videos, and sound recordings of these species. When they are ready, they emerge from the water. So, if you want to keep a low profile, enlist the help of a Lake Monster, who will help you sneak in unnoticed.

Petition Nessie for help while you deal with your financial difficulties. The creature’s head and neck rise high above the lake waters in photos of Nessie. Nessie, as a Power Animal, can assist you in staying afloat when dealing with financial obligations.

Monsters from folklore in the United States. People have claimed seeing the monster in Lake Champlain, a 125-mile long freshwater lake that stretches across sections of New York, Vermont, and Quebec, Canada, since the 1880s. Champ is sometimes mistaken for a real-life Longnose Gar, Lake Sturgeon, or a sizable alligator-like creature. Champ, according to specific theories, is connected to the Plesiosaur. According to sound recordings, this animal is 20 to 50 feet long, serpentine-like, and produces vocalizations comparable to dolphins or beluga whales. Champ has become a symbol of trends and popularity because the surrounding areas near Lake Champlain have become significant tourist attractions.

Ogopogo, often known as Oggy, is a Lake Monster that lives in British Columbia’s Okanagan Lake. Sightings of a sea snake 40 to 50 feet long, similar to the extinct Mosasaurus or Basilosaurus, have been reported. In the nineteenth century, First Nations people reported sighting the creature called a Water Spirit or Naitaka, which means “Spirit of the Lake.” Like all Lake Monsters, Ogopogo is a Water Spirit, which relates him to the Water Element, dreams, and intuition.

Art Folden captured what he thought was the Lake Monster on film in the late 1960s. However, new research suggests that Folden mistook a real-life animal like the Beaver or a duck for the fabled beast. Because the lake has hundreds of logs beneath its surface, which the lumber industry harvests each year, floating logs are sometimes mistaken for Ogopogo sightings. Ogopogo represents deception and fantasy in this context.

Any Lake Monster’s link with water, whether it’s Ogopogo, Champ, or Nessie, makes it a symbol of the collective unconscious and the collective darkness. The dream may be pointing to unresolved fears about uncontrollable forces arising out of nowhere and wreaking havoc. On a smaller scale, water’s connection to the subconscious could indicate the apprehension of your shadow side. As a result, Nessie’s apparition in a dream represents your dread of the wild, monstrous, and whatever is beyond your control.

In a dream, seeing Nessie or any other Lake Monster emerge from the lake represents occasions in your waking life where you should be proud of yourself. If you are trying to make a big decision and aren’t sure where to go, Nessie will appear in your dreams to encourage you to wait until you can “see” things more clearly.