What Does It Mean To Dream About The Dead? 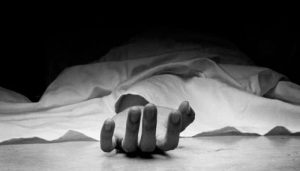 Dreaming of the dead belongs to the sphere of typical dreams that we all dream of sooner or later.

Dreaming of the dead, what does it mean?

Dreaming of a deceased who speaks

Dreaming of a human who doesn't speak

Dreaming of death and eating the dead

Dream of an unknown dead

Dreaming of a risen dead man

Dreaming of a dead man dancing, singing, having fun

Dreaming of the death of someone you know

Dreaming of the death of an unknown

Dreaming of a dead person smiling

Death is something we all are familiar with but never really understand, and we probably never will, and if we do, who would be there to listen. Across centuries, religions, and traditions of the world, people tried to make sense of the concept of death. It’s almost a mystery to what happens. There are quite a few approaches to what happens. In some cultures, they consider that when someone dies, they take a rebirth and keep doing the same loop of birth and death 7 times over and over again. In some African cultures, they consider death is not just the end, just a stepping stone to a place called the green place where they can run forever if they want to. Sound peaceful enough?

We know that the physical body decays, but what happens to the soul if something is detachable from the body? This mystery is perhaps the same reason that people are afraid of dying and how the bare thought of something like death gives goosebumps. The feeling is terrifying, to say the least. But, there’s also a feeling of emptiness, more like a hole in the heart of anyone who ever cared for the person cause they just can’t make peace with the fact that things have changed, and that is how this is the end?

On the brighter side, death is just an inevitable part of a very long life. One’s death is pretty much decided the day they take birth cause no one stays eternal, and science would agree with that. In any case, it is an ending of something, a chapter in the life of the person and the people around them. Symbolically, death is a metaphor for any kind of ending.

Dreaming of the dead belongs to the sphere of typical dreams that we all dream of sooner or later.

All around the world, there are rituals, customs, and beliefs related to the dead and the deceased. They are pretty different all across the globe, but they all serve the same purpose. All of them are meant to ease the anxiety of the people that are left behind. After death, the very belief in life, the life of the human soul, eases this final division from all and any worldly ties. Dreams about dead people share the same purpose, for a great part. Unfortunately, these dreams often serve as a channel for too strong emotions related to one’s loss of a loved one.

Dreams help channel these emotions, process them and make their peace and find some level of closure of the loved one’s passing away. This is the most common dream about dead people. Sometimes grieving in waking life is just not enough. Emotions of sadness and sorrow crawl their way into the person’s dreams,, too, as the feeling of losing someone is a little bit too overwhelming. Dreams help you channel your emotions, process them, and make peace on the level that someone is gone. This is the most common reason for dreaming about dead people.

However, if someone isn’t dead anyway close to you, then disturbing would be one way to describe the feeling. However, dreams like these aren’t that big of a concern. In general, what leads us to determine dead and dead in a very dream is feelings raised against that person, perhaps never expressed, moreover as accumulated regrets or regrets over time. Frequently it’s also the person’s absence to manifest in an exceedingly dream within the same way, also because it can rely on the necessity to face and overcome a duel or exorcise death normally. If we dream of a dead baby, it’s something completely different.

Dreaming of the dead, what does it mean?

Contrary to what popular belief leads us to believe, dreaming of the dead and therefore the dead has nothing to try and do with messages from other worlds but is usually a mirrored image of our need, need, desire, or unanswered questions. To fully understand what the dead and therefore the dead in dreams want to indicate to us, allow us to also look at the final context within which the dream takes place, taking note to particular revelators who may suggest an accurate way of interpreting it.

Dreaming of a dead man who talks or dreaming of 1 who doesn’t speak is different. Evaluating the communication of the deceased in an exceeding dream can help us fully understand the message that the dream image sends us.

Dreaming of a deceased who speaks

It can depend upon the shortage we’ve towards that person, which might have a positive or negative value counting on the sensation experienced during the dream.

Dreaming of a human who doesn’t speak

If you remain silent throughout the dream, it should depend upon the communication difficulties you’ve got had with the person in question; it should be that there has been no dialogue or that there are difficulties in understanding one another. Another interpretation will be associated with something that, when he was alive, the deceased didn’t count; A secret later discovered that it could happen during this way during a dream.

Dreaming of death and eating the dead

Usually, dreaming of the dead and eating the dead is linked to a known person in life. Departed eating in an exceeding dream needs to do along with his personal life journey, and also the act of eating reflects how little he has enjoyed life.

Dream of an unknown dead

Giving an interpretation to dreaming about unknown deaths and deaths isn’t evident and straightforward since this dream is usually conditioned by particular moments of the day that has just passed. An unknown deceased in a very dream is linked to a heard story, to a lived event, but also to hatching wishes that are linked, in how, to the unknown one who appeared during a dream.

Dreaming of a risen dead man

Having to pander to the dead and raising the deceased during a dream often comes near missing that person. Dreaming of a dead man who is resurrected, awake, can express our desire to continue having to try and do with this; This interpretation, however, remains valid only within the case during which the visualized deceased was known in life.

On the contrary, if we dream of the death of a deceased for the second time, letting ourselves go or lying within the coffin could be a symptom of acceptance of mourning that advances, which will make us feel gone with ourselves over time.

Dreaming of a dead man dancing, singing, having fun

When you dream of the dead and also the dead who sing, dance, and are visibly happy, it’s often a mirrored image of our acceptance of grief; the missing person has left peacefully, and that we too are serene in remembering it. But when the deceased mocks us, that’s when our insecurity arises.

When we dream of the dead, the amount to play within the Lottery is 47.

Dreaming of the death of someone you know

Dreams in which someone you know or care for has passed away usually mean that you are worried about the person’s well-being. Maybe you can be a little overprotective of them, or maybe you can feel dependent on the connection you have with them. You feel as if your world was falling apart without them being around, and fears and insecurities like these come up in one’s dreams, possibly in the most dreadful scenarios possible. In different cultures, people believe dreaming about someone well and alive being dead means in some mystical way they have added some time to their life.

Dreaming of the death of an unknown

On the other hand, seeing dreams about unknown dead people can mean a boatload of things. It could mean that you are losing your hold in your social circles. It means that you are losing your connections and communication with people that are close to you. If you dream about talking to a dead person you knew in your life at one point, especially one close to you, it means the person is here to tell you to take care of yourself. His or her spirit is trying to guide you even in their afterlife, somewhat like a guardian angel. If it is someone you weren’t on good terms with, they are there to smooth things ver, and you need to make peace with the spirit of the dead person.

Dreaming of a dead person smiling

The meaning of dreaming of a dead person also depends on how the person looks and what is exactly happening in the dream.

Now we will focus on the dead person smiling part of the dream, to which there are two parts if the dead with the smile a dream like that be traumatizing, to say the least, but if the person is smiling with a lot of calmness and subtle smile, it is supposed to reflect the good times you had with the person.

If someone whom you never actually liked in real life and always looked at par with but now they may be dead in real life, but the thought of your bad relationship still haunts you, and you need to let go of your guilt and make peace.

If you dream of the dead person with a wicked smile, a dream like that has a completely different meaning. If someone was annoying a dream with them in it, it might be a way for you to process your mixed feelings about the passing away. It could also be one of the protective spirit dreams.

The lost loved one still cares about you very deeply and wishes you all the best to lead on with your life and hope that you have a successful one. Although, they do understand your grief, and they want you to not worry about them. They want you to be happy and to continue with your life. A dream like this depended solely on your experience with the person when they were alive.