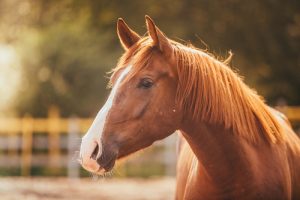 In Native American civilizations, what does a horse represent?

In Christian traditions, what does a horse represent?

The meaning of a horse varies depending on whether it is wild or tethered. When you become conscious of the Wild Horse, you will often find that you have more than enough energy to encourage and carry you through anything. Take some time to reflect on the extensive collection of Horse knowledge as you read through it. Consider the spiritual gifts Horse has bestowed on you and how you should use them.

On its galloping hooves, a Wild Horse throws vigor and freedom into the room. When Horse runs with the wind, it is unconstrained, yet the beast also appreciates the presence of family and friends. It’s much more enjoyable to ride together in an environment where individuality is preserved. As a result, horse symbolism relates to your social character and how you interact with individuals you care about.

According to Carl Jung, horses are said to represent personal power, life mastery, and natural gifts. The Horse is a symbol of success and self-actualization. When you understand what motivates you and put that knowledge into action, you can go far further and faster than you ever anticipated.

The Horse signifies those aspects of your personality that you control and constrain, such as sexual desires, when tamed. The tame Horse also represents loyalty and trust in partnerships. Suppose horses appear in imagery where they are tethered or in a stable. In that case, this could be a sign that something is holding you back and restricting your freedom. It could also indicate tiredness and the need to manage your physical resources carefully.

A horse can only carry so much weight before becoming exhausted. The creature’s presence as a Spirit Animal Guide could indicate that it’s time to let go of things you don’t need. When the Horse appears in your life, it may be urging you to figure out what you need to let go of to lighten your soul’s weight.

Because the beast has intimate symbolic linkages to heroes and Solar Deities, White Horses play an important position in universal mythology. Horses also appear in idioms such as “straight from the horse’s mouth,” which associates Horse with honest or unadulterated communication, and “get off your high horse,” implying condescending behavior.

The Horse appears to you as an omen as your Spirit Animal, meaning that a call for freedom is galloping into your existence. Horse’s catchphrase is “Stop horsing around; it’s time to take a new way forward!” if you’re in a bad relationship or a profession that feels like a dead end.

Horse’s recurrent presence is also a reminder to enable Horse Energy to provide you with the strength and endurance you require. The Spirit of this stallion can lead you down the path to breaking free from whatever shackles are preventing you from gaining mental clarity, growth, or achievement.

The Horse is a compassionate Spirit Animal Guide who helps you achieve spiritual awareness and growth by teaching you how to strike an energetic balance between freedom and duty. There is a time to relax, a time to run, and plenty of time to live in between. Before going on your next task, Horse encourages you to savor the tasty apple that falls from the tree to savor those pleasant moments in your life.

Horse Spirit enjoys collaborating with the wind. A horse is a fantastic Teacher about personal energy and working with Air Elementals as an Animal Spirit Guide. No matter where Horse Spirit takes you, you’ll always have a sense of balance—of how to ride without falling or failing in your mission.

Keep in mind that the Horse is a messenger to and from the Angelic Realm. If you have a specific prayer, speak it to Horse and ask him to keep it safe and deliver it to a Guardian Helper.

People who connect with the Horse as their Totem Animal have complete freedom of expression, which will appear magical. Horses are adventure, power, camaraderie, and family animals. Those who walk in the Energy of the Horse as a Totem Animal find it simple to overcome life’s challenges.

However, jumping hurdles is simply one aspect of Horse Totem magic. The Animal has razor-sharp attention that helps them figure out how and when to jump over barriers. It’s uncommon for Horses to become trapped in a rut. Going on a new path is what Horse Totems are all about! Is it time to make a change? Should you buy a new house or go to new places? When you’re looking for solutions to these kinds of questions, bring a Horse Totem with you.

The HorsePower Animal in Shamanism transports the Medicine Person between worlds. A horse can assist you in gaining access to spiritual energies and skills. A horse can also help you see things in a fresh light, leading to visionary gifts and a revitalized connection to the EarthEarth.

Horse medicine instills in you the ability to be honest with yourself. Horse, as an Animal Spirit Guide, reminds you to stay alert and in the now. The creature also aids you in expressing your heartfelt gratitude to individuals with whom you share your life.

In Native American civilizations, what does a horse represent?

Horses are referred to as “God Dogs” by Native Americans. The name alone demonstrates their admiration for this creature. Native Americans regard the partnership of a rider and a horse as a source of great respect.

Horses were used as a symbol of strength, authority, and victory in combat. Shamans are seen riding on the backs of flying horses as they make their way to the Spirit Realm. They could also symbolize the ability to persevere in the face of adversity.

The Horse is a significant animal in many cultures, particularly in Native American traditions. Horses allowed Native Americans to go further and helped them win wars.

It’s easy to overlook the fact that horses native to North America became extinct. Spanish conquerors imported Horses from a separate lineage, Equus, which are the ancestors of what is now known as North American Horses, in the sixteenth century.

Though Native Americans adore horses and perceive them as having similar symbolic meanings as other cultures throughout the world, their relationship with these animals was re-established after being brought to North America. Like Conquistadors and other European explorers, horses played an essential role in assisting Native Americans in battle and became a symbol of prosperity.

A horse is also a symbol of the journey, travel, or task that horses have assisted humans with in the past. This is particularly true in combat. The fates of the Horse and the human are connected in many Native cultures. A Native individual who survived a battle would frequently carve the image of a fallen horse into a stick, which would later become an important feature of the ceremonial Horse Dance.

Are you reliant on others to help you achieve your objectives and complete your journey? The Horse may serve as a reminder that your success is because of others who hold you up and carry you through transitions that you couldn’t make independently.

In Christian traditions, what does a horse represent?

White horse symbolism could be the first thing to mind when thinking of horse symbolism in Christianity. The Bible’s mention of the Four Horsemen of the Apocalypse may also come to mind.

Horse symbolism is utilized in Revelation to describe the four indications of the coming rapture, which marks Christ’s return. These references can also be found in Ezekial, where they are described as divine retribution.

The Seven Seals of Solomon, also known as the Seven Scrolls, are described as being held in God’s right hand in Revelation. When Jesus, the “Lion of Judah,” opens the first four Seals, the Four Horsemen of the Apocalypse emerge as riders on the backs of variously colored horses. A White Horse, a Red Horse, a Black Horse, and a “Pale” Horse are horses.

A figure wielding a sword rides atop the second, a Red Horse. Warfare is connected with this Horse and rider. The third, a Black Horse, is ridden by a Famine rider. Finally, the Pale Horse is associated with Death since it carries Hades.

Those who have seen Pamela Coleman-depiction Smith’s of the Death Tarot Card will recognize the Pale Horse, which is sometimes represented as pale green or grey. Some Christians ignore the doomsday predictions in the Bible’s final chapters. At the same time, Revelation has a substantial and sometimes literal interpretation for other Christian sects.

These Christian sects believe that each of the Four Horsemen will attack a distinct portion of the EarthEarth at a specific time, signaling the end of days. This is interpreted as a sign of the end of civilization or the beginning of the apocalyptic age. Others see this as a period of increased awakening and enlightenment, necessitating us metaphorically going through a death-and-rebirth process.

This is also linked to purification, cleansing, and judgment, as well as Christ’s return. The expression “Four Horsemen” has thus become synonymous with a beacon, warning, or tragic events that signal the need for a severe wake-up call, even in casual usage.

The Four Horsemen and their unique Horses might also be interpreted as symbols of greater upheaval. In this meaning, a White Horse carries either a virtuous victor or a haughty conqueror. It’s no surprise, however, that someone who has to get off their “high Horse” is referred to as someone who has given himself prestige they don’t deserve.

When you see a White Horse, you could think of victory or purity. Still, in this case, the White Horse is also a warning to be on the lookout for people who seek authority for their gain. A red horse can be interpreted as a sign of warfare’s ferocity and destructiveness.

In this example, the Black Horse represents hunger. As a food vendor, the rider’s role adds to the sense of desperation and inequity connected with the world’s impending stormy awakening, as Revelation implies.

The Pale Horse could represent real Death or events involving large casualties. On the other hand, this Horse can represent a journey toward growth and rebirth or a release of the ego in favor of higher enlightenment.