What does it mean to dream about a cheating husband 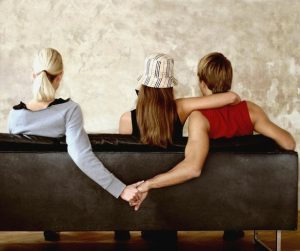 What do these dreams mean?

Dreams about cheating on her in general

Dreams of husband cheating on her with a woman or women

Dreams of husband cheating on her with a man or men

Dreams of husband cheating on her with multiple people

Dreams of husband cheating on her with her friend

Dreams of husband rejecting a temptation to cheat on her

Dreams of husband admitting cheating on her

Dreams of ending the marriage because of the husband's cheating

Dreams about a spouse cheating on the other surprisingly occur very often and are shared. Women generally dream of it more often than men and can become nightmares when they occur more frequently than usual.

These dreams cause feelings of discomfort and sometimes physical nausea, which possibly last throughout the day or until a conscious effort is taken not to pay heed to such dreams.

Sometimes, the dream must be so realistic that it is difficult to believe that it did not happen in real life and was just a figment of our imagination.

These dreams can crop up because of various reasons. They stem from fears and insecurities. The most common reasons are low self-esteem, fear of abandonment, lack of trust, love, feeling of being unheard and uncared for.

The primary reason is if their partner has been unfaithful in the past or feels that her partner might leave her for another woman. This can also happen if a third person is in the relationship, even if her partner does not have any romantic bonds with the other woman. It metaphorically amounts to cheating, i.e., emotional cheating rather than physical.

Such dreams can be petrifying but do not mean that they will happen in real life. It is often a reflection of how a woman feels about herself and must deep-dive inwards before projecting that onto her husband.

If the wife feels neglected or has cheated in the past, the mind plays its tricks and relives the experience through dreams. It generally implies that she does not trust her husband enough and is operating from the incident and the repercussions it had in the past.

What do these dreams mean?

Dreams about cheating on her in general

If the woman being cheated on by her husband is the subject and premise of the dream, it warns her over trusting nature. She probably depends on people in her life too much, and some of these people could use it for their good or hurt her.

Dreams of husband cheating on her with a woman or women

These dreams often occur to those wives who doubt their husbands’ behavior and worry that they are having an affair with a coworker or a friend.

She might also be concerned about the future of their marriage as her instincts are telling her otherwise as if something is not correct. This dream means untrusting nature and envy on the wife’s part, but these dreams might be true. It might be a way of your instinct speaking.

The subconscious mind picks up on hints and details much earlier than the conscious mind, and therefore it might be a realization as well through the form of a dream.

In some cases, it could also mark the end or brink of a relationship as the wife does not feel worthy and respected by her husband. It might be a way to know that she deserves better.

The end of a relationship could also be due to unresolved issues and a lack of communication between the couple.

Dreams of husband cheating on her with a man or men

If a woman dreams about her husband cheating on her with some man or men, it generally is a bad sign. It depicts that there are some secrets or things that the husband is keeping from his wife, and there isn’t total transparency.

This dream also indicates that the husband is doing something that the wife is not aware of, which in the discussion would lead to an argument or falling out.

In some cases, it also means that the husband has lost interest in the marriage and feels like he is in a rut. The wife should seriously consider this as a warning sign and start working on the relationship for its better and prosperous future.

Dreams of husband cheating on her with multiple people

If the woman has dreamt of the husband cheating on her with numerous people, it is a negative sign. It usually reveals bitterness, anger, and resentment towards the husband, and these feelings do not develop in a day.

They generally have persisted for ages before manifesting through dreams. It piques the dissatisfaction which the couple has in the relationship, which has developed over time.

It should be considered a last warning to save the marriage, and if they cannot resolve their differences, they can move on in life and be content.

Dreams of husband cheating on her with her friend

This type of dream means that you feel cheated by your friend and your partner in real life. Maybe the woman must have confided in the friend, which she did not keep private and disappointed her friend.

It also means that the wife feels neglected by her husband, and they must communicate it to each other to save the marriage.

Dreams of husband rejecting a temptation to cheat on her

If the wife dreams this, it is a positive sign of the bond between the two partners. It confirms the relationship’s strength and the understanding between the two. They express themselves freely without any apprehensions and have love and loyalty for each other.

Dreams of husband admitting cheating on her

This type of dream generally shows dissatisfaction with the relationship and that they are in a rut. They need to make some new and adventurous changes to their life and must communicate with each other freely and without any fear of judgment.

Dreams of ending the marriage because of the husband’s cheating

This dream reveals how the woman is feeling internally. She is troubled by the thought and fear of her husband leaving her and needs a lot of reassurance from him.

Even if the husband loves her a lot, her subconscious prevents her from acknowledging it because of her insecurities. This dream calls on her self-confidence and worth. The woman must start loving herself before projecting her insecurities on her husband.