What does it mean to dream about a phoenix 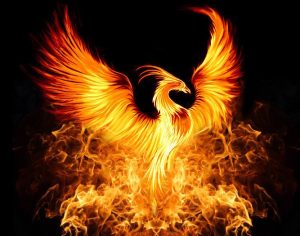 Phoenix teaches how to endure trying times while giving yourself time for healing. Dream symbolism, the Phoenix represents what survives in times of personal or literal hardship.
The Phoenix is a dream symbol that might be interpreted as an element of your dream narrative and not necessarily a dream image that has meaning by itself. It is essential to view dream elements within the context of the whole dream content from which it appears; however, dream.
The symbolism and meaning of the Phoenix as an Animal Spirit Guide ties tightly to the myths and legends surrounding this creature. Images do have sense, and dream symbols can be used like dream signs; dream symbols point to dream themes.
The Phoenix is a dream symbol that might represent: transformation, renewal, death and rebirth, soul-making; purity or innocence (associated with gold/yellow); a new beginning; what endures in times of trying circumstances.
Differences are depending on culture and era, but some commonalities arise. The Phoenix is a mythical sacred firebird from the Arabian Peninsula that lives for 500 or more years. It creates a nest of cinnamon twigs that ignite; both nest and Bird burn fiercely but are reduced to ashes; out of the ashes, an egg arises and hatches another phoenix which begins the cycle again.

The Phoenix may be a mythological creature, but it does not shy away from representing some pretty real and recognizable things. The life cycle of the Phoenix represents both death and rebirth, which is something we all experience. It’s also symbolic of our immortal souls - lifting us to rise again into light with every new beginning or challenge in our lives!

Phoenix spread their wings in Egypt, making an appearance on many solar symbols. Legends say the Bennu (a heron/falcon blend) is responsible for the annual Nile floods that create rich farmland. The Bennu carries out this duty by waking up and setting back down each day with ease; without its efforts, there would be no crops or life at all!

Egyptian alchemists used Phoenixes as a symbol of health and strength, associating them with fire to represent transformation and creation - powerful forces indeed!

Phoenix Spirit is the perfect guide for when it’s time to change your life. This powerful animal brings fire into your soul that can nourish you and banish any lingering feelings of fatigue from inside you. After all, Phoenixes are experts in rebirth!

Phoenix Spirit Animal shines the light of day on any darkness in your life. There is no place for shadows to hide. As you purge negativity, Phoenix will show you a new way that has more coherence and creativity soars like your wise Teacher—Phoenix works with personal growth as it grows alongside all progressions. Trust this growing vision from Phoenix medicine; they are an omen of happiness when appearing around someone getting married because their longing relationship won’t be long now!

Phoenix symbolizes rebirth, reinvention, and the ability to withstand tough times. When you call on Phoenix energy, they give insight into what’s happening in your life so that you can get through rough water with a clear understanding of everything going on around you. They provide healing for wounds caused by literal or figurative death, including mourning periods before new beginnings come about. If problems are vexing but seem elusive, ask Phoenix energy because when called upon, they will guide towards solutions from different perspectives, whether yours or someone else’s.

The myths surrounding the Phoenix, an immortal and often-times mythical creature believed to be reborn from its ashes after living a long life, are said by many scholars to have been derived from Greece. The Greeks built upon Egyptian lore in which they found images of eagles that were similar enough for them to encompass it into their development of this legendary Bird. Similarities can also be seen between these Greek legends on how the Phoenix is born again through the fire with stories in Native American folklore about a giant bird who cannot lay eggs but has remarkable strength and courage when defending her nest against humans or other animals attacking it.

There are many Native American legends about a large, colorful bird that flies in the sky. One code says the Phoenix is related to this mysterious creature because they both have beautiful plumage and can fly high into the heavens.

The Bird’s strange features were puzzling for humans who would try to capture it with no luck; however, one day, when he saw his reflection on the water while flying over an area of land covered in vegetation known as “the Valley of Fire,” he realized what others could not see. There was always something more beautiful just around each corner! The valley became his home until finally, nobody knew where or how long ago has hidden away from humankind.