What does it mean to dream about pigs 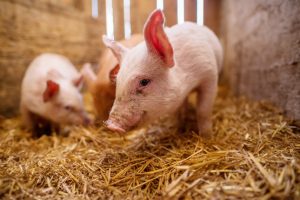 Everyone remembers and has a clear image of a pig. All kudos to the show Winnie the Pooh since then, little pigs have always found their way into our hearts and minds of many, and we aren’t talking just through bacon here! So it is pretty normal to presume that these creatures have a part when they appear in our dreams.

You may have come across the sayings like wings could fly or if they had wings; it is easy to presume that these animals sometimes suggest something difficult to achieve and that it seems nearly impossible. Suppose you see a pig flying towards your dream. In that case, it indicates that you overcome these instances and do what you have to do and not let anything slow even if the odds are of insurmountable amounts. The challenges and obstacles will readily fall away from your path when you need it the most.

If your dream has a negative undertone, like the pigs are flying and simply falling out of the sky, for example, it means you will not achieve something that you have been aiming for a while.

Pigs love a good roll in the mud, and even if they are considered clean animals, they are often even associated with dirt and filth. That being the case, if you see a farm pig rolling in the mud, or playing in the crud, as pigs are notoriously known to do, It could be an indication that you need to spring clean your home so that it won’t end up looking like a pig sty.

In ancient greek cultures and scriptures, these animals would often be considered sacrificial creatures to deities, especially Demeter, the goddess of earth and the goddess of love, aphrodite. These sacrifices were made to win favors from the deities to which the sacrifice was dedicated. Here, in this context, if the pig appears in your dreams, it means that it is telling you what it wants and that it will have to be sacrificed on the way to success, but it is up to you if the end goal is worth the sacrifices that you will be making.

If we consider pigs in the context of greek myths, they might have different meanings as well. For instance, in the odyssey by Homer, Odysseus’s men are all transformed into pigs by Circe, only letting them go once Odysseus comes to their rescue. Here, pigs might become a symbol in your dream of helplessness and hidden or unseen dangers in a situation, or it might be a problem that will transform when you try to resolve it.

When you dream about wild pigs or boars, your dream message might relate to the concept of gluttony and greed. However, if you dream about a pig in a civilized area, the pig may signify abundance and fertility. The bigger the pig, the more significant is the amount of abundance that is headed your way. Different cultures worldwide have unique views of this pig, so your personal experiences are of vital meaning and will shade the meaning of the pig for you.